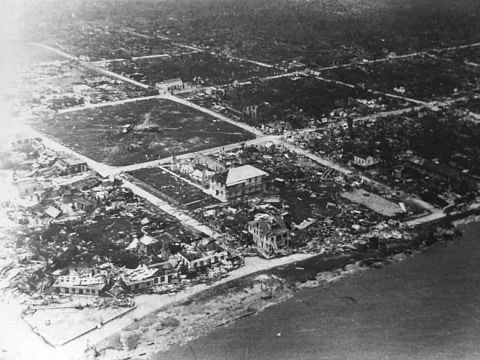 On the 27th of September, 1955, Hurricane Janet, not content with battering Grenada, turned Corozal Town into rubble. Only about ten houses were left standing. Winds of up to 175 miles an hour also crushed neighboring Chetumal, Mexico. For weeks the road to Belize City was littered with trees, shrubbery, and other debris. 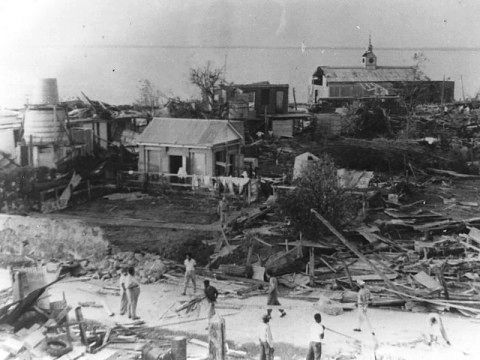 Hurricane Janet devastated Corozal Town on the 27th and 28th of September, 1955. It took the lives of 16 persons and caused almost four million dollars in damage. Though tragic, it also created an opportunity for rebuilding by a band of workers lead by Mr. H. C. Fairweather, who took a grant of 3.5 million dollars and created a new township, complete with modern electricity, water, and sewage. Thus Corozal Town may have the distinction of being the only community in Belize planned and laid out by professionals.

Modern Corozal lies two miles across the Corozal Bay from the mouth of the New River, and 9 miles south of the Rio Hondo River (the border with Mexico) along Belize’s Northern Highway.

Pre-hurricane Corozal was very different, a mixture of large prosperous buildings and individual homes, some demonstrating extreme poverty. The hospital had been built in 1883 in the enclosure of old Fort Barlee. There was an old wooden courthouse by the main street, a post office established in 1879, the Savings Bank built in 1881, and the Customs Bonded Warehouse from 1886. The central plaza included the beautiful St. Francis Xavier Church built in Spanish colonial fashion.

Post-hurricane Corozal Town is much different. It is a modern town laid out in a wider area. Up on Santa Rita Hill is a modern hospital and the town’s water supply reservoir. On the site of the old hospital is now the concrete administrative building, with post office, treasury, and magistrate court. There are now many concrete buildings, several parks and playgrounds, and a new sea wall.

One curiosity is that Hurricane Janet did not erase social boundaries. The unofficial divisions of the "Bacadia" area, the "Centro" area, and the "Barrio" area remained, and there is now perhaps another area called "Rainbow Town."